As the sun set on a partly cloudy Friday night, a week’s worth of homecoming excitement came to a clear crescendo at the Vista Ridge High School stadium. Steadily the bleachers filled for the matchup against District 20 foe, Rampart High. 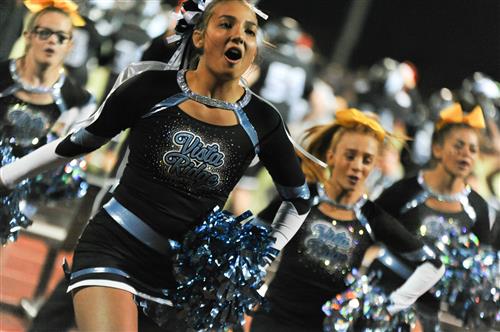 “It’s exceptional,” said VRHS Principal Bruce Grose as he described the feelings around campus during homecoming week. “We’ve had a really great participation every day of our spirit days, the largest we’ve ever had.”
The Rams from RHS struck quickly early on a long run from scrimmage, but the VRHS Wolves answered quickly with a touchdown of their own. Freshman quarterback Brayden Dorman rolled out and found wide receiver Jaden Williams who shook an RHS defender and scampered for a Vista score, accompanied by the cheers of a standing room only crowd.
Trailing at half, the action on the gridiron shifted gears to the VRHS homecoming halftime show featuring a musical tribute to the Great American Pastime by the Wolves’ marching band and a high-energy performance by the cheer teams.
With minutes left before the start of the third quarter, the VRHS Homecoming Court took the spotlight. From a group of nominees a pair of Royals from each class stepped forward at the sound of their name over the grandstand speakers.
“I was so nervous for this day. I didn’t know if I was going to win,” shared Homecoming Queen Cienna Powell.
Cienna noted the energy flowed steadily through the VRHS campus throughout the week. She hit the campaign trail in the run up to the half time announcement, even creating t-shirts in the quest for the royal recognition.
“I think it’s super fun and great,” she said. “I feel so great to feel supported, just with the community love.”
Despite the start of a chilling rain the Wolves turned up the heat in the second half, scoring a fourth-quarter touchdown. VRHS never looked back with more than nine minutes to play, taking a victory from the RHS Rams and a lifetime memory from homecoming 2019.
“This is what we want,” Grose said. “This is a great time for [students] to relax and enjoy themselves-- love on each other. That’s why it’s special.”
VRHS Homecoming Court: 2019
Freshmen 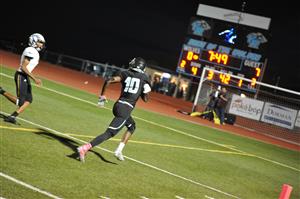 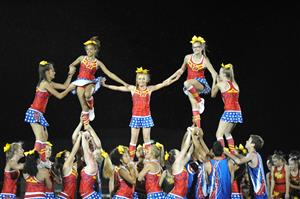 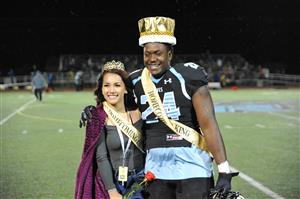 iConnect Zone affirms that no person shall be excluded from participation in, be denied the benefits of, or be subjected to unlawful discrimination under any district program or activity on the basis of race, color, national origin, ancestry, creed, religion, sex (which includes marital status), sexual orientation (which includes transgender), disability or need for special education services. Click here for the Compliance Officer contact information.