Student athletes accepted awards May 12 during the 2015 Athletic Awards Ceremony at Vista Ridge High School. The ceremony focused on academics, character and athletic accomplishments.
Ninth-grader Kate Rohr, 15, accepted the class athlete award for lettering in basketball, volleyball and soccer. She averaged eight points per game this season in basketball.
Eleventh-grader Robert Fernandez, 17, also accepted the class athlete award for lettering in track, football and basketball. He is tied for the all-time leading receptions at the high school.
Twelfth-grader Cole Martin, 18, accepted the spirit award. Martin was chosen for the award based on his work ethic on and off the field, his positive attitude and spirit of service.
Twelfth-grader Kellie Mrofcza, 17,  accepted the alpha award. Mrofcza, a positive influence on the school culture, has thrown over 5,800 pitches and was the 2014 Pikes Peak Athletic Conference player of the year. Her photo will be permanently displayed in the high school. 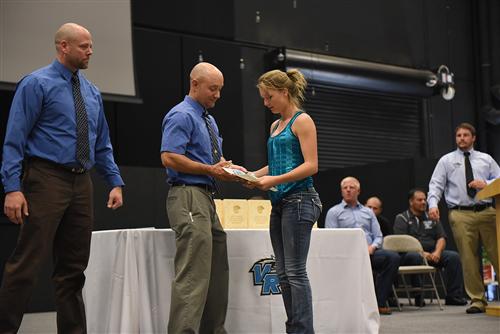 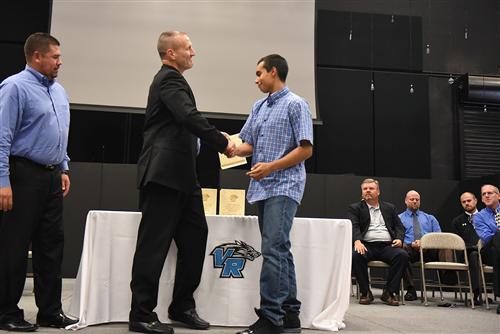 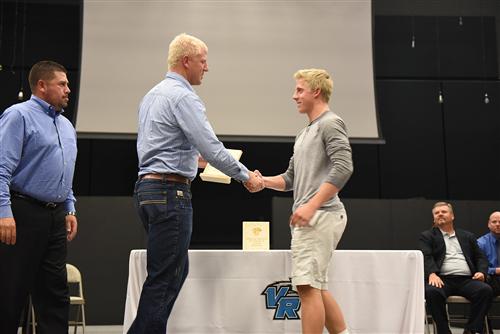