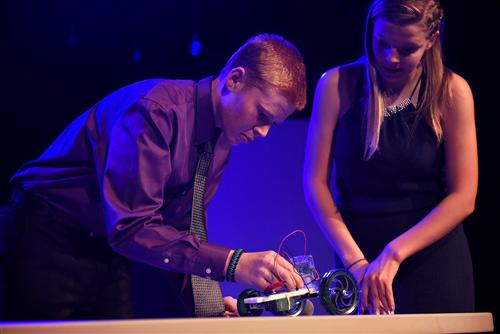 Dozens of families arrived for science night activites March 20 at Vista Ridge High School.
Upon walking into the school, families approached a banner that directed them to chemistry presentations, a chemistry magic show, science explorations, as well as various games.
During "genius hour" presentations, several students exhibited a project based on their interests. They were instructed to pick a topic that they’d find interesting enough to explore during part of their classroom time, according to chemistry teacher Jennifer Maze.
Tenth-grader Christopher Wilson, 16, teamed up with 10th-grader Sarah Hutfilz, 16, to explain how a fuel cell running off hydrogen generates electricity.
Tenth-grader Stone Suttle, 15, explained electrostatic and electromagnetic ion thrusters. Suttle, who's planning to study engineering in college, says he’s fascinated by space, and the technology required to visit other planets. 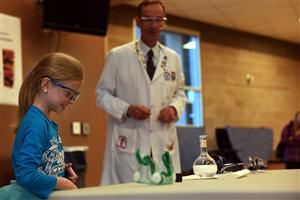 Ann Pledger, 8, assisted Dr. Ron Furstenau, a professor of chemistry at the U.S. Air Force Academy, with a chemical reaction that created a solid compound from a liquid. Furstenau, who’s also the Cool Science board president, said he travels throughout Colorado Springs to keep science fun for kids.

“They love science,” said mother Wendy Pledger about her children. “Their dad has already made a hovercraft, and he’s building a near-space balloon—we’re a nerd kind of family.”
Gabby Bustos, a chemistry and forensics teacher, was showing children how to build and program robot cars. Bustos, who graduated from University of Colorado Colorado Springs last semester, is now a full-time teacher at the high school.

During her studies at UCCS, Bustos served as a Center for STEM Education assistant event coordinator. She helped inspire children toward careers in science, technology, engineering and math. 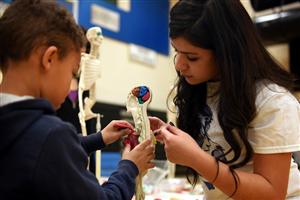 When faced with several possibilities for a Friday night, Nathaniel Jones-Brown, 7, “chose to learn something about science” at the high school, according to father Trent Brown, who was helping him take notes.

He spent time with 11th-grader Natalie Roman, 17, who taught him about anatomy. Roman is planning to study pediatrics in college, perhaps become a physicians assistant.
Maze described the evening event as community outreach.

“We wanted to invite everyone to explore with us,” she said. 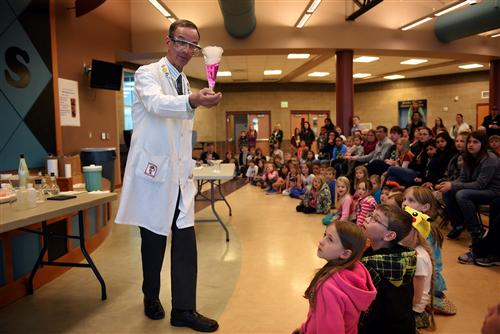 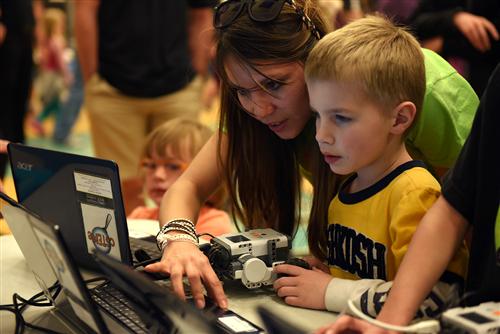 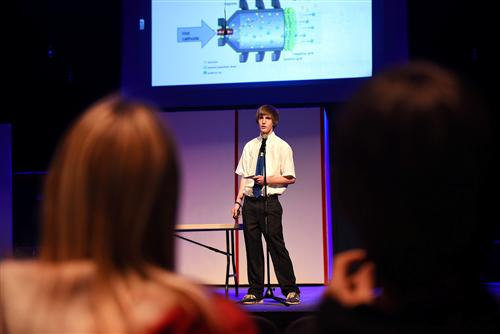