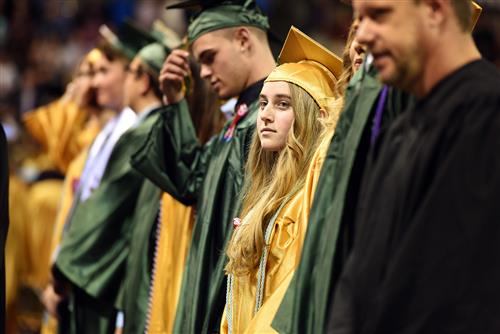 Nearly 250 graduates of Falcon High School received diplomas May 27 during a commencement ceremony at The Broadmoor World Arena in Colorado Springs.

After filing into chairs, seated between a stage of district administrators and bleachers with hundreds of cheering friends and family members, Cheryl DeGeorge, principal, thanked everyone who invested in the lives of the graduating class.

“I think we can all agree on one thing: None of us know what we’re doing,” said Harkema. “This graduation is the culmination of various dumb things that happened to lead us in the right direction. … I’ll be darned if I didn’t do stupid things as an upperclassman. I tripped up the stairs at least one per week. I broke a test tube with a metal scalpel, and then proceeded to break the stir rod that replaced the metal scalpel.”

“Stupid never stops, but yet we still managed to get to where we needed to be,” said Harkema.

“Class of 2017, despite the less than intelligent things we’ve done together, we got there,” she said. “We got there despite the various paths we all took. We got there, and only managed to anger a minimal amount of people. So, here’s to our future, a future that promises years upon years in which we still have no idea what’s happening. But that’s OK. We’ll figure it out. Eventually.” 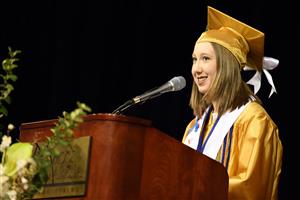 After musical performances by the senior choir, and encouraging remarks by the district’s chief education officer, the graduating valedictorian approached the podium. Katelynn Kroeker, 18, offered “seven things I want to tell the class of 2017.”

“Number 1, never stop learning. … We’ve learned who we are and the type of people we aspire to be. For every summative test, we faced another challenge. A test of life in which we learned things that can never be taught in a classroom. This is the type of learning we should seek out, never cease to be curious."

Next, she urged her peers to be adventurous, and experience the world. 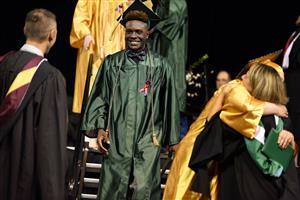 “Uncertainty is a part of being human, and I don’t think anyone is every really sure of themselves. However, when you make the decision to move forward, to be confident despite underlying insecurities, you will move mountains. So, muster up some fake courage and pursue your dreams. At some point along the way, you’ll realize you stopped faking it, and you accomplished things you never thought were possible.”

She explained, “Don’t be stupid,” and then “Remember that you’re resilient.”

“We survived the late nights that follow two weeks of procrastination, and the senior drama that shall not be named,” said Kroeker.

“We faced unimaginable tragedy and grief beyond words, but yet we survived. We are still here, and this class is made of some of the strongest individuals I’ve ever met in my entire life. And, while we have faced trying times, we must know these are not the only struggles we will face in life. We will get hurt and we will fail. But my wish for all of you is to never forget the incredible strength I know lies in each one of you.”

After number 6, “Say thank you,” she said, “Number 7, don’t forget that we are limitless.” 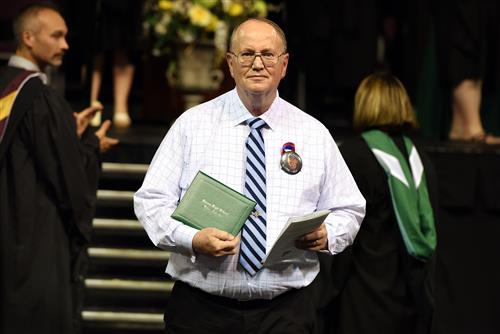 'We Truly Are Limitless'

“I cannot think of a better individual to illustrate this quality than Michael Finley,” said Kroeker, about a classmate who died in April, weeks before graduation.

Finley, 18, died of injuries sustained after a suspected drunken driver turned in front of his vehicle, according to reports from State Patrol.

Richard Headrick walked for his grandson at commencement and received Finley’s diploma.

“Michael, who should have been with us today, has shown us the incredible impact a single person can make on so many lives,” said Kroeker, “like how a friendly smile and an upbeat personality can touch an entire community.”

“There will never be another Michael, but we can all be a little more like him. We all have the infinite capability to touch lives and change the world.”

“Michael, we love and miss you so much,” she said. “I want to thank you for showing us that we truly are limitless.”