D49 Welcomes New Directors to Board of Education

School District 49 officially welcomed new faces to the D49 Board of Education and said goodbye to a long-time member in a special meeting Wednesday, December 1. 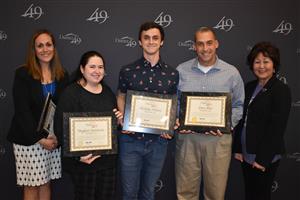 The short meeting ahead of the regularly scheduled work session allowed Board President John Graham to acknowledge the certified results of the November 2 election and lead a swearing-in ceremony for three board directors:

In addition to the swearing-in ceremony, the board also selected leadership roles from the group of directors, voting to keep John Graham in the position of Board President. Unanimous votes named Rick Van Wieren Vice President followed by Liu and Thompson as Treasurer and Secretary.

The board of education and District 49 also bid farewell to Butcher, whose service on the BOE ended Wednesday after two consecutive four-year terms. He received a standing ovation after the audience viewed a video tribute to his time on the board and dedication to D49. 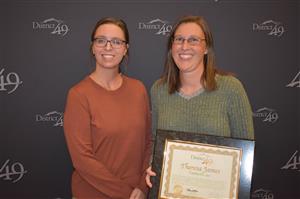 “Thank you for the kind words,” Butcher said in his characteristically brief remarks. “I’m just grateful for the privilege to serve this wonderful community. Thank you all for the opportunity.“

The regularly scheduled work session featuring the newly seated board immediately followed the swearing in ceremony. The complete ceremony, including statements from the new board members, may be viewed by clicking the video below: 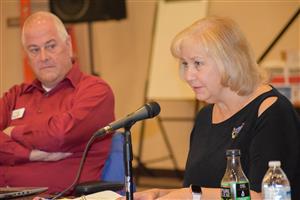 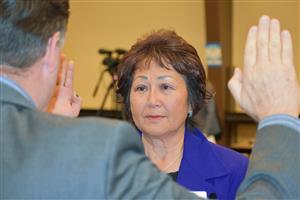 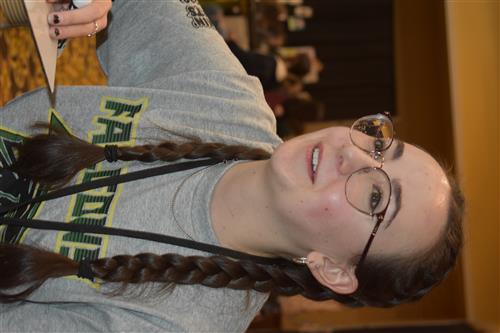