Two Falcon Middle School Firebirds will take the field trip of a lifetime later this summer. Alease Church and Gavin Adams have confirmed spots at Space Camp where they will train like astronauts. Located at the U.S. Space & Rocket Center in Huntsville, Ala., Space Camp boasts a unique, hands-on, Science, Technology, Engineering and Math (STEM) experience for students of all ages. 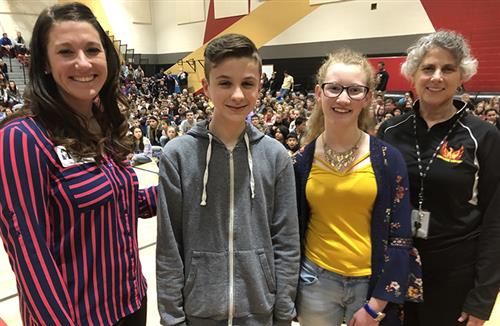 The all-expense paid trip is sponsored by Northrop Grumman, which provided scholarships for two students and a teacher to share this adventure. FMS opened up the opportunity for all students to earn a scholarship, encouraging them to submit a video explaining why they’d like to be Space Campers.

Alease and Gavin, both FMS seventh-graders, emerged as the two nominated students. At an all-school assembly April 5, the soon-to-be traveling STEM learners were announced as the recipients by Christina Thomas, a representative from Northrop Grumman.

“The goal is to send them to Space Camp to spark and ignite a love and understanding of science,” Thomas said. “They’ll get to do the anti-gravity machine, all kinds of different simulations, problem-solving, working as a team, learning about logistics and some of the things astronauts do in space,” she added.

Alease has some big-picture plans for her week in Alabama. “I’m excited to be able to try out everything and see if I would want to pursue it as a career,” she said. Gavin wants to get his hands on the NASA technology. “I’m just excited. It looks pretty cool,” he said. “There’s a gyrosphere-- you’re trying to park it and get it stabilized.”

FMS science teacher Peggy Browne will accompany Gavin and Alease on the trip, which is scheduled for July 2019. 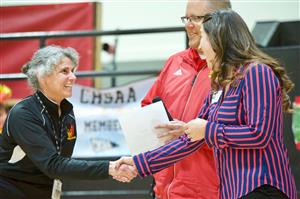 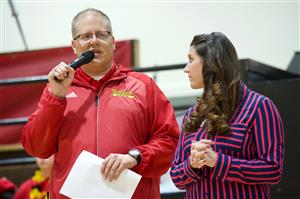 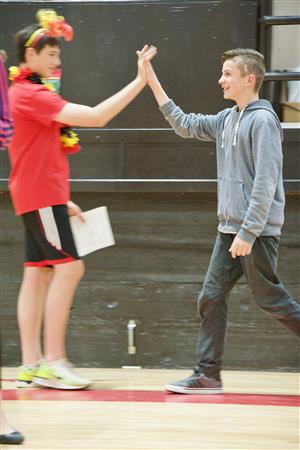