From a movie to a movement … It began with a boy named Caine and an arcade he made out of cardboard and everyday objects. Caine Monroy spent his summer in 2012 building games and operating his arcade out of his dad’s auto parts store in East Los Angeles. Little did he know that his project would blossom when a filmmaker learned about his project, and helped Caine share his love for creativity and innovation with the world. 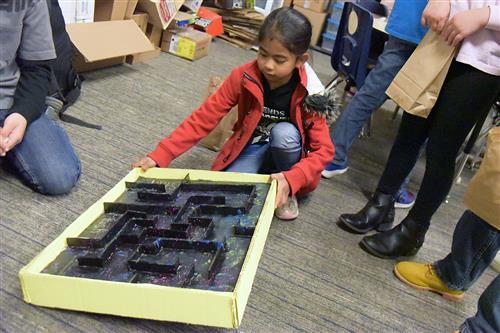 Teachers around the globe have latched onto the concept of Caine’s Arcade, a project-based curriculum that teaches students how to use innovation in creating projects from inception to completion. During November, students in Mary Hopper’s project-based learning classes at Woodmen Hills Elementary were given the opportunity to take on the cardboard arcade challenge. “It’s all about teaching the design process,” Hopper shared. “This teaches a formal process that includes problem solving and critical thinking.”

Learners used journals to discover an idea, sketch out their innovation and create a list of materials needed. “The cardboard arcade project teaches students to do things on their own with no direction,” remarked Hopper. “It also gives kids a chance to see that things don’t always work the first time.”

The WHES scholars dreamed up a variety of games including a ball-tossing game called “The Hardest Game on Earth,” by Alex Lavelle, third-grader. Other themes included a holiday tic tac toe, a photo booth and marble maze game.

“My mom gave me ideas and helped me with the hot glue,” stated Rylee Teaster, third-grader. “But I made it myself,” Teaster shared of his maze game.

Once the students finished creating their games, first and second-graders got the chance to play them. Just like at the first cardboard arcade created by Caine, young players received tickets for winning games that could later be redeemed for prizes. “The best part of my day was winning six tickets,” commented Ronin Emerson, second-grader. “I got to choose a cool pencil as a prize." 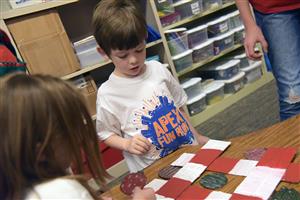 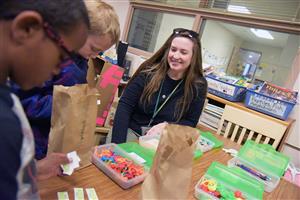 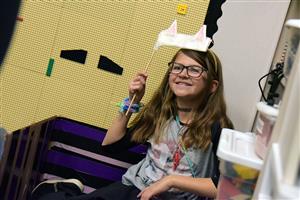