Somewhere in a cup of instant pudding-powder mixed with a few tablespoons of water and a gummy worm is a lesson about science. Nearly 300 D49 families learned together at Family STEM Night hosted by Remington Elementary School the last week of September.

In the “Gross Food” classroom, teachers helped students examine topics like an earthworm’s natural environment by simulating “soil” with chocolate pudding and a “resident” candy worm.

“It’s good to keep the interaction between students and teachers going and get a feel for what they’re into,” countered Jaxon’s mom, Brandie. “They seem to stay excited about learning.” 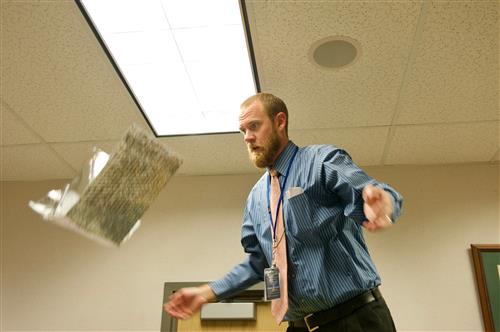 For about two hours, families moved from room to room staffed with teachers equipped with hands-on activities to encourage interest in the topics of science, technology, engineering and mathematics. As one group of students learned about the mathematical properties of repeatedly rolling a pair of dice, others estimated the combined mass of different objects to reach a weight on a tableside scale.

“Math is probably one of the single most important things he can learn for a kid his age growing up,” said RES parent, James Haag, as his second-grader Bentley added up the weight of a baseball and coffee mug.

To encourage family engagement outside the classroom, parents were asked to attend a short skills session offering suggestions about how to interact with their students and their schoolwork.

“I am really hoping that parents get resources to help the kids learn at home and to gain access to all of the learning that we do here at school at home,” said Kayla Higbee, RES community liaison.

In the library, the hands-on science continued. Students were challenged to design a container out of supplies like cardboard, aluminum foil and cotton balls that would protect an egg dropped from a ladder.

RES fifth-grader Kamila Maldonado walked away from the challenge with an unscathed egg and an appreciation for science assignments.

“I think in a way they can be very fun,” she said, holding her design. “They don’t have to be boring!” 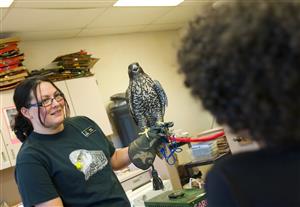 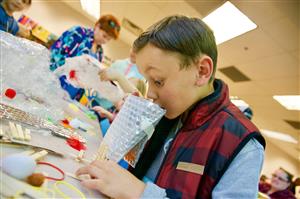 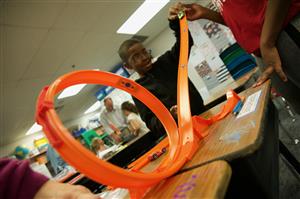