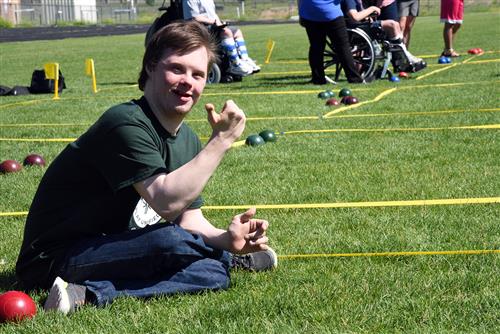 The extended year program serves qualifying students with special needs for four weeks at the beginning of the traditional summer break. The program focuses on retaining information and skills that students learn during the traditional school year. The extra learning helps increase retention and ensures a strong start to the school year.

Secondary students from across the district attend ESY at Sand Creek High School. Students in younger grades attend ESY at one of three campuses. Students are bused to and from their home as part of the program.

"When we are in the classroom we are working hard on reading and math," said Bridgette Martin, ESY coordinator for secondary students. "A lot of the students have social goals too and this is a practical and fun way to work on those goals."

"It's an opportunity for a social environment and giving them exposure to something they don't normally have."

"The object is for one or more of your teams' balls to be closer than any of your opponents balls to the pallina at the end of every set," said Nesmith. "The game promotes throwing, visual space and aiming at a target skills."

Special Olympics Colorado entered into a formal partnership with District 49 special education during the 2016-2017 school year.

"District 49 came in as an entirely unified school district," said Nesmith. "It's creating an inclusive environment in the schools. Putting students from the general population on the same team as a student with special needs helps break down barriers."

"The sense of community in their school is huge," she said. 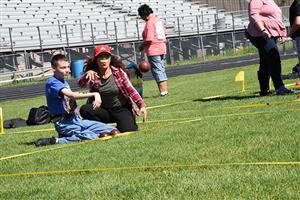 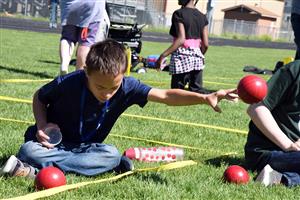 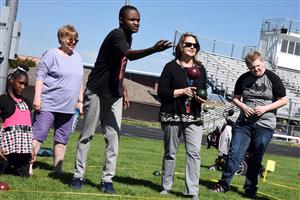 "I love it how excited he gets when he's throwing the ball," said Elena Villasenor, Remington Elementary School nurse, about her son, James, 12, seventh-grader at Horizon Middle School. "It's only three days in and he's getting up excited to come every morning."

Villasenor said the ESY program is providing unique learning opportunities to James outside of the traditional school year.

"He's doing things I never through he'd be able to do," said Villasenor. "Even though he's wheel chair bound, yesterday he was climbing over boxes."

Students from Power Technical Early College in District 49 build plywood boxes for the ESY students to use as part of a cross fit introduction.

"Watching them grow and expand is amazing," said Villasenor. 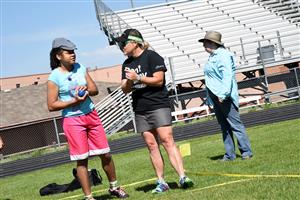 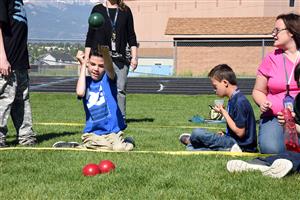