Making the Move from Security Guard to Teacher

A new teacher at Remington Elementary lives by the motto, “Building Champions for Life.” For Richard Riley, fourth-grade teacher, his greatest hope is that students build resilience and positive thinking for success in school, sports, and the community. “It’s not about winning and losing. It’s about the journey,” said Riley. 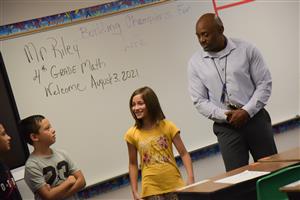 Riley first started in District 49 in 2008 as a security guard at Vista Ridge High School. “I came to Vista after working in juvenile corrections … I wanted to figure out how to redirect young kids,” he shared.

As a security guard, Riley worked the main entrance at Vista Ridge. “I would challenge myself each day to see how many kids I could make smile. You never knew who had an argument in the car with their parents or who was coming to school hungry.” Years later, Riley has students coming back to thank him or sending him notes filled with gratitude for his caring nature.

In 2015, a new opportunity shifted Riley’s professional plans. The University of Phoenix was offering scholarships to earn a degree in teaching. Riley applied, and after six months, he learned he was a recipient. “I’d always wanted to go back to school,” he shared. “I was one of nine kids in my family and the first to go to college.”

Riley is proof a positive attitude can help achieve dreams, which he hopes to instill in his students. He first came to Colorado Springs from his hometown of Las Vegas with aspirations to be an Olympic athlete. Riley started competing in judo at age 10, and fine-tuned his skills to earn the alternate position on the U.S. Judo Team for the 1992 and 1996 Olympics. Today, his classroom is filled with Olympic and sports-themed memorabilia to inspire his learners. “This keeps me motivated, so that I can push the next kid.”

Riley completed his student teaching in District 20, but prayed he would be picked up in District 49 to start his career as an educator. He credits D49 with providing the support needed for him to become a teacher. “Now, I can extend my D49 family. I miss everyone at Vista Ridge, but everyone at Remington is amazing.” Riley hopes to make a difference at his new school in the Sand Creek Zone, just like he did in the POWER Zone at Vista Ridge.

“I am so excited to meet the kids and get to know families … my biggest joy is watching kids grow and bringing life experiences into the classroom,” said Riley. “With these fourth-graders, I hope they look back and know a teacher made them feel special.” 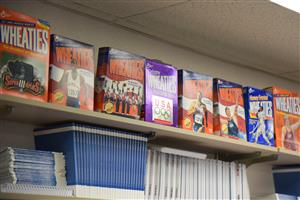 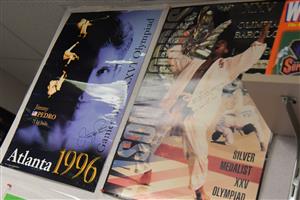