“Great readers make great leaders,” Bruton explained to his young audience. “All occupations require you to be a good reader.”

Bruton knows firsthand about the importance of early literacy skills. During the 2011 NFL offseason, he spent time as a substitute teacher in his home state of Ohio. Bruton knew once he retired from professional football, his goal would be to leave a legacy not only on the field, but somewhere else it would matter: local schools.

Bruton established The David Bruton Foundation and a nonprofit, Bruton’s Books. The purpose of the organizations is to offer tutoring for less proficient readers and to provide books to underfunded schools.

"David Bruton Jr. is clearly a champion for early literacy,” said Stacey Franklin, coordinator of literacy performance in District 49. “His foundation aligns with the D49 Primary Literacy Initiative emphasizing family support, highly trained educators and the invaluable impact that the access to books creates in the life of a child. He serves as an impressive role model for young readers and reminds them that being a reader will have a profound impact on their future endeavors.”

Along with sharing the book, “The Invisible Boy,” with students, Bruton brought along his Super Bowl ring for a bit of Show and Tell.

D49 facilitates READ Camps at schools across the district each summer. Students in grades K-3 who attend district-operated schools and have been identified with a significant reading deficiency are invited to attend. Instruction is provided five days a week, for three hours a day, at no charge to families who qualify. READ Camps are funded by the Colorado READ Act Grant. 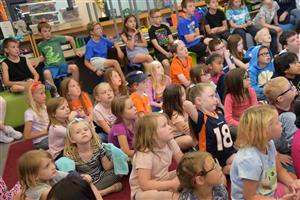 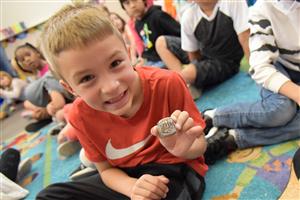 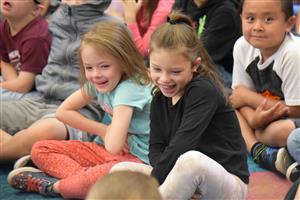