About two dozen young people donned navy blue caps and gowns Friday, May 20, filling the first two rows of chairs lined up in the south wing of The Campus, the home of Pikes Peak Early College, Springs Studio for Academic Excellence and the Falcon Homeschool Program. So began the final official ceremony for the Class of 2022 as students of PPEC. 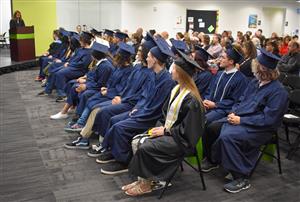 "This educational journey that you have taken matters,” David Knoche, executive principal for The Campus, told the students in the audience. "Your 12 years of education have prepared you to believe in yourself, and know that you were not born with a finite set of skills and abilities. You can continuously learn and grow. We know it’s hard, but nothing great comes from taking the easy route or easy path. Do the hard work.”

PPEC students in the Class of ’22 are no strangers to hard work. 11 of 23 graduates attending Friday’s ceremony hold Associates Degrees, earned during their time at PPEC.

Lisa Aragon, who plans to attend University of Colorado Colorado Springs and major in computer engineering on her way to a career in the FBI, encouraged her classmates to learn from every opportunity that presents itself.

"In life we’re gonna make mistakes and that’s okay, we just have to learn from them,” Aragon said. "In life to reach your goals, sometimes you have to be creative and get messy. So Class of 2022, I leave you with, take chances, make mistakes, and get messy!” 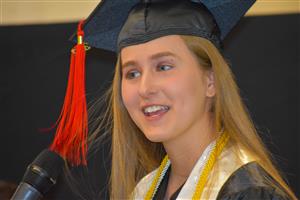 Rachel Martz, a PPEC grad who first enrolled in what was originally known as the Falcon Virtual Academy as a second-grader, also reflected on the potential for the Class of ’22 to keep growing.

"The reality we live in today presents the challenge for growth and fluidity at every stage of life, not just during our school years,” Martz told her classmates. "So go on my fellow scholars, continue to learn and grow and bring light to this world, in ways that only we know how. Whatever that looks like for you, pursue it, and make it magnificent!”

“This graduating class is amazing,” noted Dale Bonavita, who added that the PPEC class of graduates plan to pursue degrees in engineering, medicine, neuroscience and computer science.

Knoche closed his remarks by acknowledging the drive to go after challenging pathways to success, and encouraging all students to take their next steps courageously.

"Fear can’t stop anything that you do,” Knoche said. "Don’t let fear get in the way of greatness. Take risks, fail and learn from those mistakes, but never regret not taking the risk." 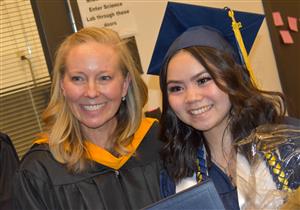 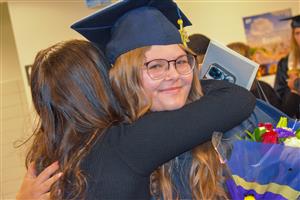 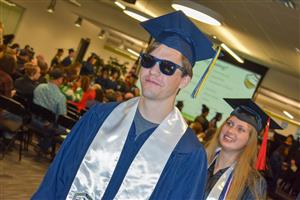 To see a complete album of photos of the PPEC graduation ceremony, click on the link to D49's Facebook Page.