Friends, family and D49 staff gathered on May 20 at The DoubleTree Hotel to celebrate 66 graduates from Springs Studio for Academic Excellence. The keynote address, student speeches and awards presented centered around a common theme: Persevere and know hard work pays off. “You have reached a fork in the road, and there are a lot of different directions you can go. You might be asking yourself, ‘What comes next?’ It’s not the direction of the path you take that matters most, but rather knowing that fear cannot stop you,” said David Knoche, executive principal of Springs Studio. “You may not know what’s next, but don’t let fear get in the way of greatness. Take risks, fail and learn from those mistakes. Never regret not taking those risks.”

One graduate has already made his mark as someone who won’t let fear stop him. Colton McCormack is a competitive gymnast who attended SSAE, while also committing to an intensive schedule that sent him to a training facility in Denver for 24 hours each week with hopes of getting recruited for Division I athletics. “I can finally say my family, friends and coaches have helped me persevere, and some of my life goals are coming to fruition,” he shared. “I fully believe where there’s a will, there’s a way. With great determination, anything is possible.” Colton dreamed of attending a military academy. He was accepted at all three and will attend the U.S. Naval Academy, where he will compete on the men’s gymnastics team.

Fellow classmates were recognized for showing their determination during their time as SSAE students. The following awards were presented to members of the Class of ’22 for overcoming adversity, demonstrating leadership, and achieving academic excellence:

Before students were handed their diplomas and turned their tassels signifying their accomplishment, Daisia Martinez had advice to share with her class. “I believe the greatest achievements come from a road of failure and continuous trying,” she said. “I found Springs Studio during a rocky time in my life. It can be easy to doubt yourself … it took me a long time to understand the value of just trying. I believe you can get far with the mindset of where you want to be, and having the right people around you to help get you there. 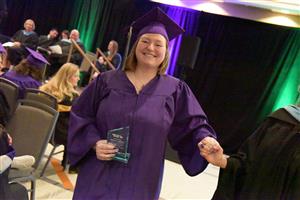 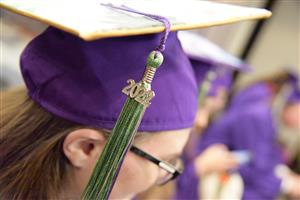 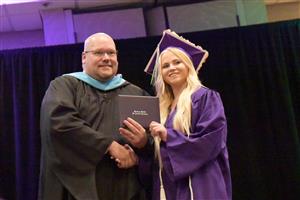 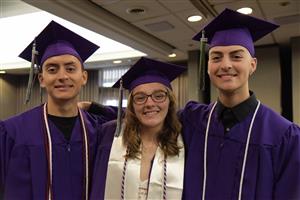 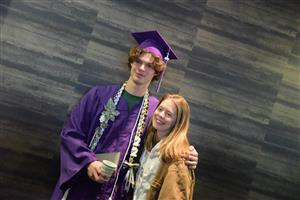 Congratulations to the Class of ‘22 from Springs Studio for Academic Excellence! Check out our complete album of photos on Facebook.