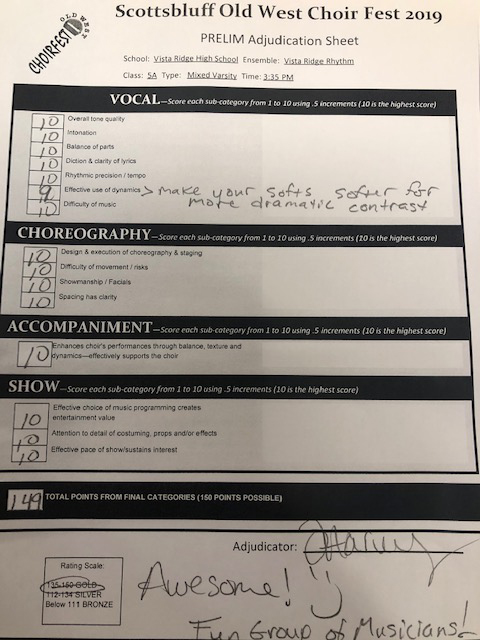 The Vista Ridge High School Show Choir is showing off some new hardware in its rapidly growing collection of awards at VRHS. The group of student performers rolled into Scottsbluff, Nebraska the first weekend of November for the annual Old West Show Choir Competition, and rolled out as the Grand Champion of the event.

“Bringing back the first place trophy feels like home for our kids and shows that they have found a home away from home,” said Shawna Quinn, choir director. “They are so proud because this is an activity they are confident and comfortable in and can show their true selves.”

VRHS competed against 26 schools from multiple regions across Nebraska and Colorado in multiple categories. Their theme of Music from the Movies included a collection of songs from the films: A Star is Born, Bohemian Rhapsody, Moulin Rouge, and Aladdin.

The group earned the top score and Gold Trophy for their performance in the initial competition. The singers topped that, earning an appearance in the finals where they were awarded first place overall, walking away with the Best of the Fest title, earning high marks for choreography. Singers Diego Sosa and Eden Jordan were also named Best Soloists of the competition.

"This was by far the most rewarding experience I've had at a competition,” said Eden Jordan, junior soloist. “It makes me sad that next year will be my last one as a senior. Winning best soloist was truly unexpected and I'm so thankful that my hard work paid off."

This is the second consecutive year VRHS earned the Grand Champion title in the Old West Choir Fest. 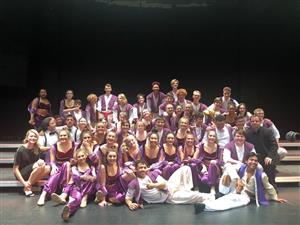 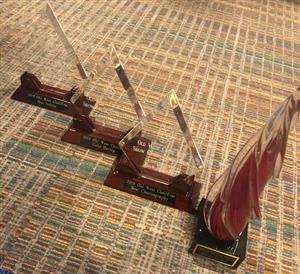