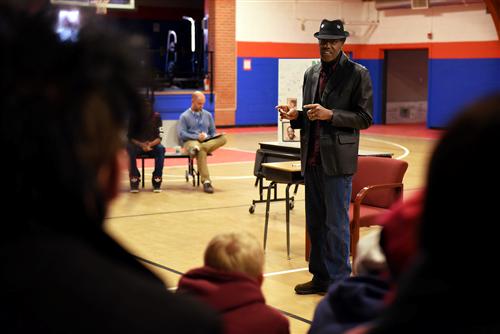 James Clark of Colorado Springs explained the civil rights movement Jan. 29 for students at Patriot Learning Center in District 49. Known as “Papa Clark,” he’s continuing to share his stories of adversity and forgiveness.

For six years, Clark, 65, has visited the alternative learning school in honor of the Martin Luther King Jr. federal holiday and National African American History Month. Social studies teacher Kim Brown says, “we want to educate our students about the life experiences of our community members.”

During this year’s discussions, middle and high school groups quietly listened to Clark explain life in Indiana during the 1950s and 1960s. He described how much it hurt to hear his mother called cruel words, and the tension caused by an unfurled Confederate flag in his school.

Clark started affiliating with Black Panthers, who justified violence as a means to force social change. They’d get into fights that’d often lead to confrontations with police, sometimes soldiers. They called King “a wimp.”

But in 1963, while listening to King’s iconic words in Washington, Clark enjoyed the idea that children of all skin colors could hold hands as sisters and brothers. After the pivotal civil rights speech, “a white lady ran up and kissed me, on the cheek—I didn’t know what to do,” he said.

“I felt like I was part of this world, and it was great,” said Clark, who started finding new opportunities in basketball. “They didn’t see me as a black man, but a ball player, a professional ball player.”

With knee pains on the court and a military draft looming, Clark enlisted in the Air Force in 1973. He received orders to Vietnam, where the focus was on surviving, not skin colors. But after marrying a Filipino woman from Hawaii, he felt prejudice from his own family.

His mother was sternly against marriages between people of different ethnicities. However, following several years of silence, Clark’s wife and mother finally formed a caring relationship. 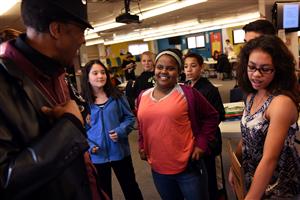 “America has come a long way,” says Clark. He believes prejudice still adversely affects people every day, but it isn’t so openly displayed.

“I am a better person because I went through all that stuff,” said Clark, who eventually retired as an Air Force master sergeant. During his visit to the school, he was wearing the rank pinned to his black fedora, along with a customized military identification tag that displays a photo of his grandchildren.

When a student asked him about the origins of the term “colored,” Clark smiled.

He urged the students to help rid the world of hate, suggesting “Don’t hate. Dislike.”

“I learned that hate doesn’t do anything but destroy yourself. My life turned out pretty good, once I got rid of all the hate in me. … If I can get one of you to realize what it is to be a good person and not accept that hate, I will have accomplished my mission.” 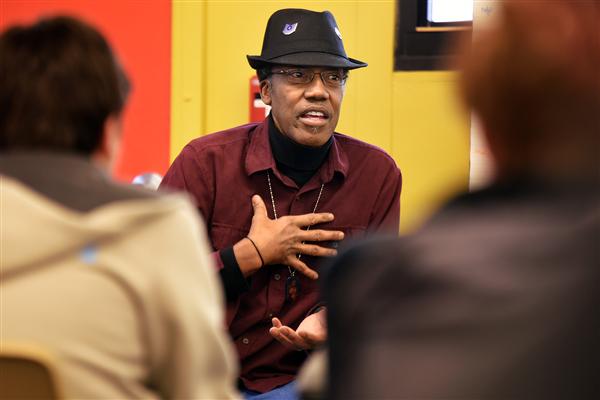 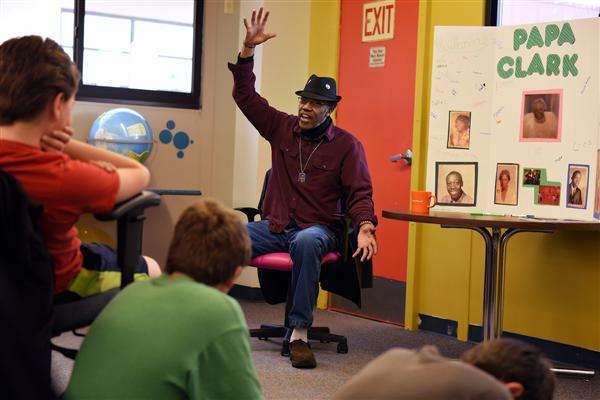 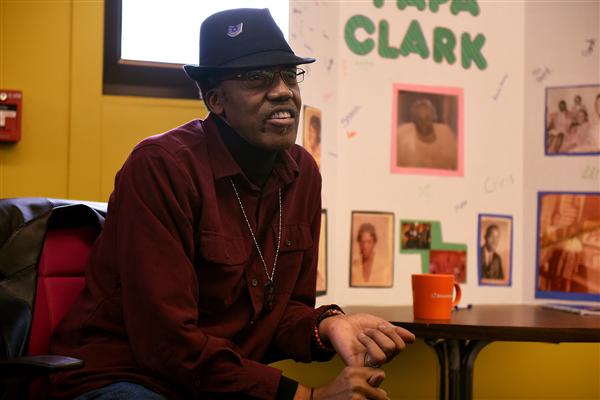 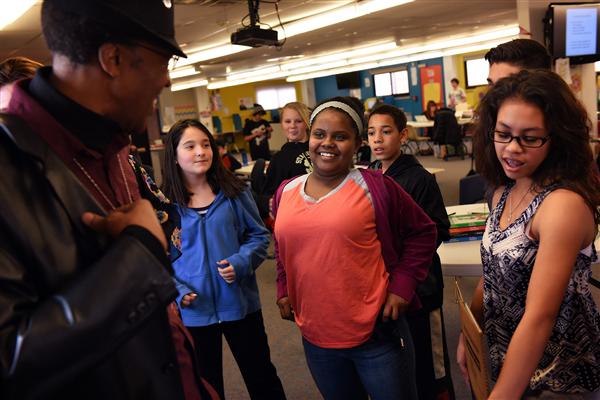 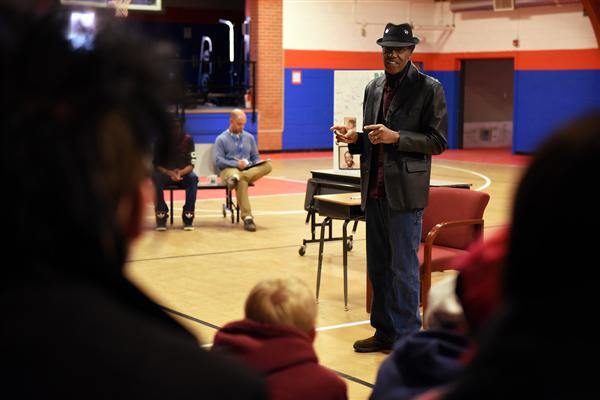