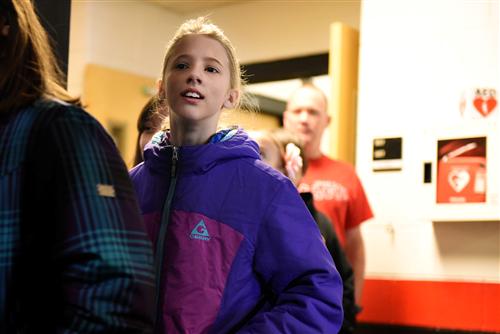 Springs Ranch Elementary School fifth-graders attended school pride and orientation activities Jan. 8 at Horizon Middle School in District 49. Students set to graduate from the elementary school were invited to an assembly, where students are recognized and rewarded for classroom achievements.

“Wow, look at the gym,” said one fifth-grader entering the facility at Horizon Middle School, which was recently renovated with new lighting, floors, bleachers and a sound system. During the assembly, dozens of eighth-graders volunteered to sit on the floor, so their visitors could try out the bleachers. They erupted in cheers and laughter during activities and presentations. 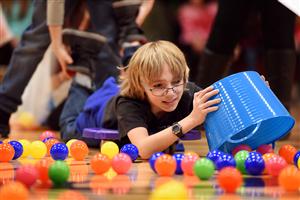 “This school is really active — it’s a good place for children,” said Shon. “From the whole assembly, you really can see they’re caring, they’re fun.”

While grouped with seventh- and eighth-graders who reached the Renaissance program’s gold level — they achieved the highest academic successes without behavioral referrals — the fifth-graders toured classrooms. Everyone passed through freshly painted red and black hallways, where carpet will continue to unfold over the next couple of months, according to Dustin Horras, principal.

“Its about getting them excited, and helping them make some friends,” said Horras, who took over as principal last school year. He says improving the school’s facilities and appearance has been a priority. Due to building limitations, Springs Ranch Elementary School students were transitioning to Skyview Middle School in POWER Zone. 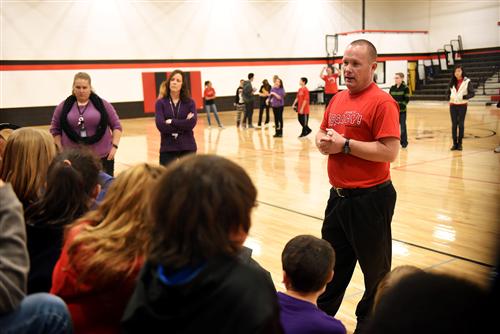 ‘This Is Their School’

Ahead of a Board of Education meeting in September, Horras provided a video walkthrough of the recently modernized facilities and classroom spaces. As several school expansion and renovation projects finished, the directors approved a boundary change. Springs Ranch Elementary School students would advance to Horizon Middle School, keeping them within Sand Creek Zone’s educational priorities and programs.

“IB challenges you more, and it helps us be more openminded with other people and cultures — it helps us become more successful in life,” said eighth-grader Britany Tran, 13, facing fifth-graders sitting in Linda Rogers’ classroom. Rogers’ teaches individuals and societies for sixth graders in the IB Middle Years Program, designed for students 11-16 years old. 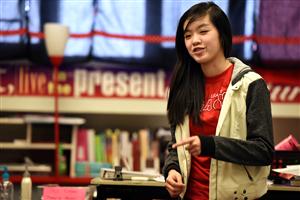 Britany, along with another gold level student, gave a presentation, and then answered questions about passing periods, lunch times, locker assignments, coursework, sports and clubs. While describing the Renaissance program, she said, “It’s a way for us to recognize people doing well.”

During a video that shared reflections on transitioning to middle school, one student suggested, “They apply this to real world stuff — they don’t just say ‘here’s math.’ They say ‘here’s some math you may use while grocery shopping.’ It’s awesome.”

After quick classroom quizzes about the school, the fifth graders headed to a pizza party in the “Panther Den,” where sixth graders will spend most of their academic hours next school year.

“We want them to know this is their school, and we want to start getting them comfortable with middle school in general,” said Horras, prior to starting the assembly. He says more events are planned to help the school’s fifth graders and their families feel welcomed. 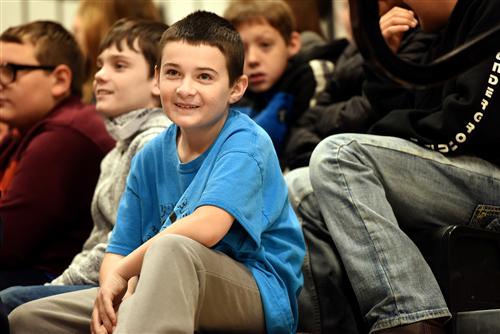 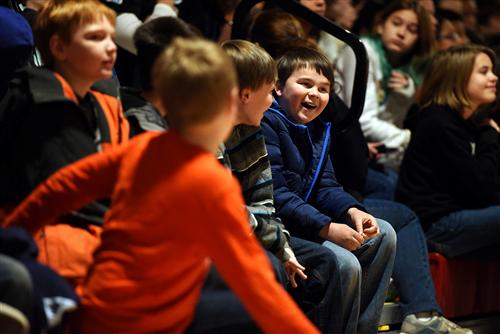 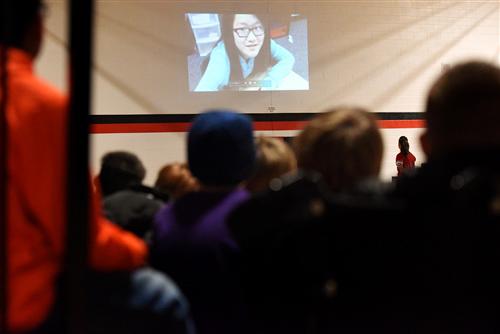 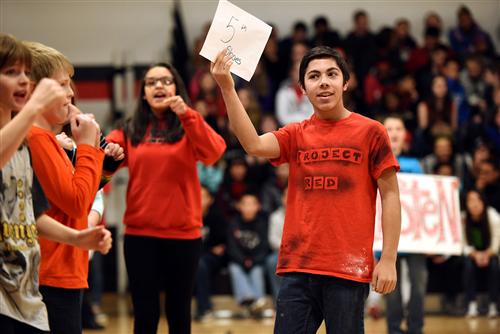 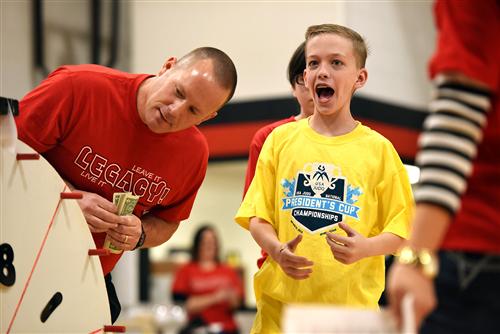 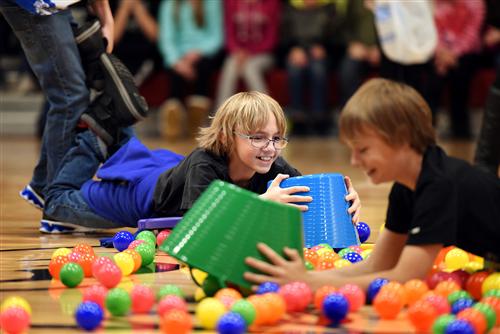 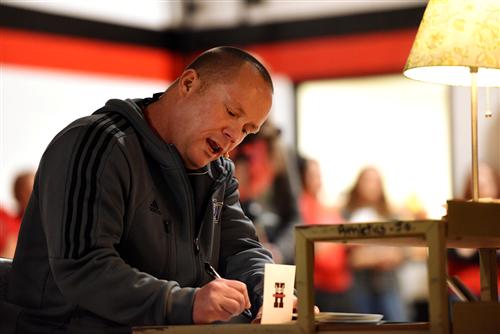 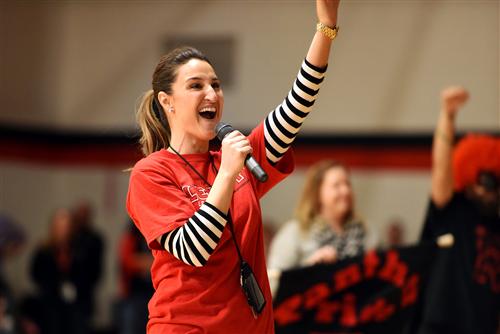 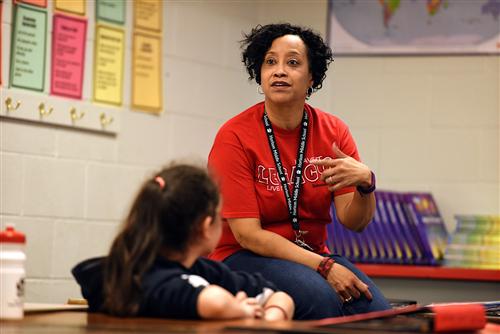 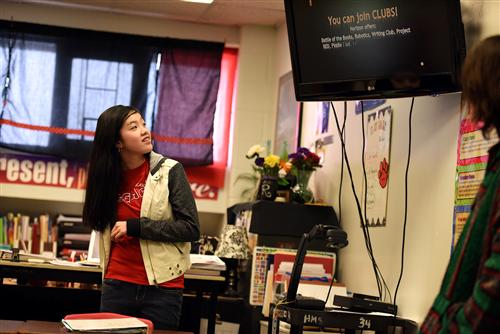 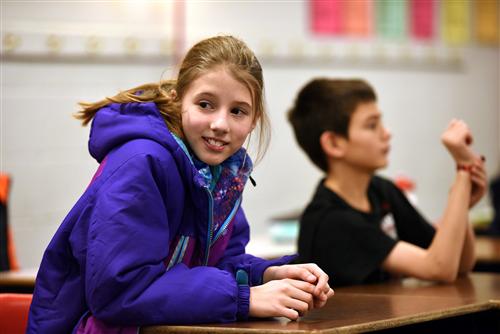