"The kids are up and constantly moving," said Amy Willis, fourth grade teacher at Odyssey Elementary School, "Kinesthetic activity helps them retain more than constantly sitting in the desk."
Movement was consistent during a 45 minute visit to the District 49 classroom on Tuesday, November 4, 2014. Between 2:00 p.m. and 2:45 p.m. the students studied spelling, shared good things in their lives, studied math facts and learned about animals and the ecosystems where they are found.
The spelling game "Sparkle, Sparkle, Shine" involved students spelling vocabulary words, part of the current language arts instructional focus. "It's a way to get them up and active. They are kinesthetically involved," said Willis. Students stood in a line and spelled the words, moving down the line one letter at a time. After the last letter, the next three students said, "Sparkle, Sparkle, Shine," one word at a time. The next student in line after "shine" was called, would trot back to an empty desk.
Student Levi Middlebrook benefits from the movement that is integrated into the lesson plans. "Being active helps me learn because I have more energy," he said, "I pay attention." Students in Mrs. Willis' class move from their desk to different parts of the room, including standing around a large table, sitting on the floor together, and combined running in place with math. "If we just sat down all day I'd probably be tired and fall asleep," said Middlebrook.
The free 'Go Noodle' program helps teachers channel energy in the classroom with short interactive brain breaks. The Go Noodle website says, "Desk-side activities help kids achieve more by keeping them engaged and motivated throughout the day."
The Go Noodle math module Willis' class participated in was focused on multiplication. Students jogged and ran in place during the activity that lasted approximately five minutes. "We've run three miles since August," said Willis. The class intends to run a math marathon by the end of the current school year.
As a transition from the math lesson to science, the lights were dimmed and students laid face up on the floor. "We've had lots of exercise, let's slow down. Breath and recover." The Go Noodle module included soft music and positive spoken thoughts during the few minutes of rest.
Odyssey Elementary School principal Pam Weyer says the activity makes a difference for the students, "Kids are very involved in the learning process. It's a very kid driven classroom. Weyer praised Willis for making a difference in the Odyssey community. The school leader said a UNICEF drive that just completed at the school and the ongoing Harvest of Love food drive get a big boost from the involvement of the fourth grade instructor.
"She loves teaching. It's not just a job, teaching is part of everything she does," said Weyer. 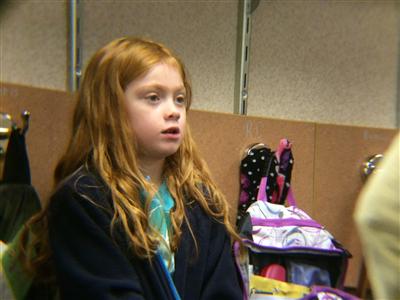 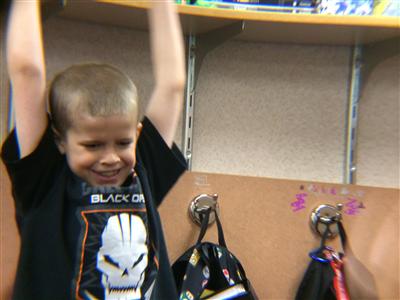 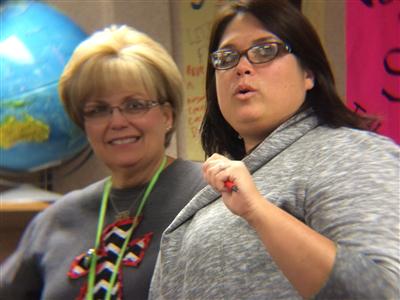 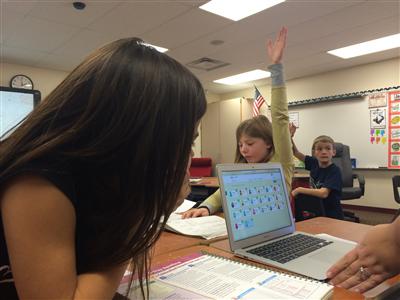 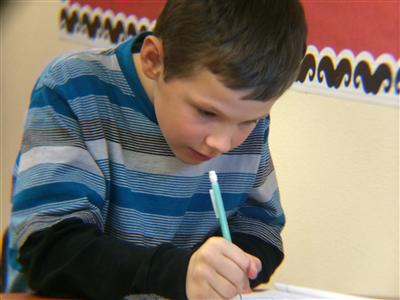 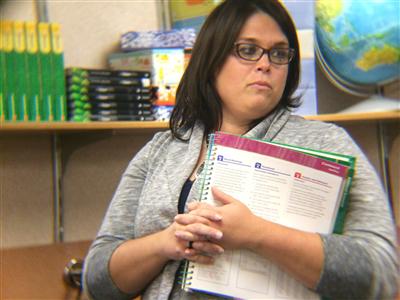 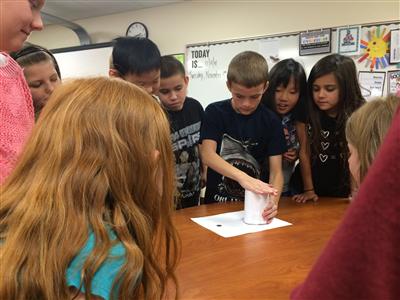 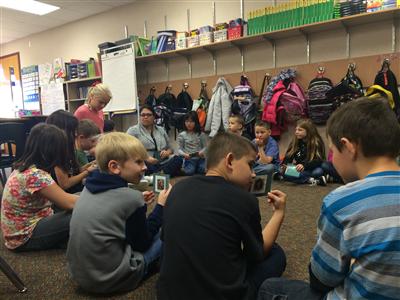