Planet or Not? That is the Question 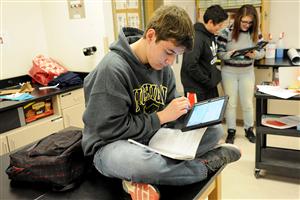 Eighth-graders in Jennifer Newberg’s science class at Skyview Middle School have been studying space, researching the 2006 controversy of Pluto losing its status as a planet. After participating in a class debate about the current dwarf planet, the students wrote emails to scientists from six continents who are members of the International Astronomical Union. In their message, they shared their stance on Pluto based on research, and requested feedback on their scientific thinking. “They’re so excited,” said Newberg, explaining that some students doubted whether the scientists would read their message. When they did receive a reply, they came into her class exclaiming, “I got a response! I got a response!”


Students used tablets to draft a professional business letter to the scientists, attaching their research. Newberg said the students are holding themselves to a higher standard because they want to impress the scientists.  “It makes them care more about it,” she said.

During a class debate, the eighth-graders were assigned to one side of the argument. However, when they wrote their own letters, they chose which side of the controversy to research. Newberg explained that the process taught students to make a choice based on data, not just how they personally felt about Pluto. 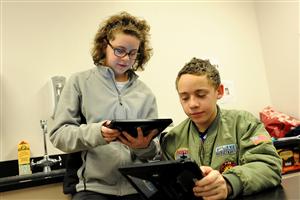 “If Pluto stays a dwarf planet, Earth, Jupiter and Neptune have to become a dwarf planet by definition,” said Judiel Almaden, student, arguing for Pluto’s status to change.


The project incorporates components from language arts and history, making it cross-curricular. It also focuses on critical problem solving skills that Newberg says will help students long-term. “The jobs these kids are preparing for haven’t even been created,” she said. 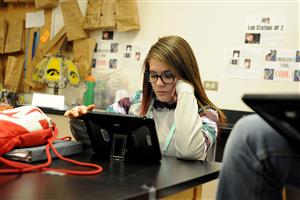 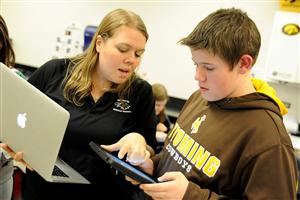 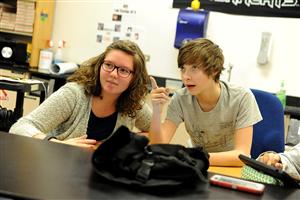