A formidable train of black fabric meandered into the Broadmoor World Arena the evening of Saturday, May 25. A Vista Ridge High School senior from the class of 2019 filled each billowing ebony robe -- the required dress for more than 330 student participants in the VRHS graduation ceremony. 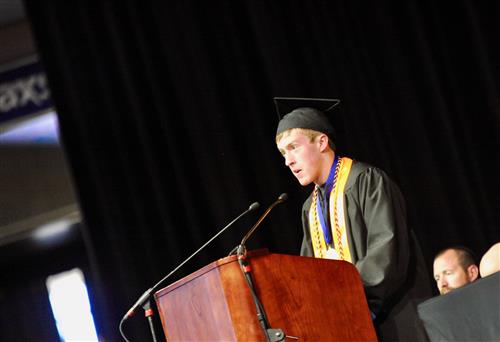 D49 Chief Education Officer, Peter Hilts, started for a small group of ceremony speakers. “I’m going to boil it down, class of 2019, into five words,” Hilts began. “Do the next right thing,” he admonished. “If you do the next right thing, over and over again, you’ll develop a character and legacy that will draw people and draw their trust.”

VRHS Valedictorian Sean Kosman enthusiastically delivered his speech covering themes of self-discovery and staying true to individual thought. “Some call these desires flat out radical,” he stated. “Most often, those that use that word are scared of the changes you may bring, and they won’t just be scared, but they will actively fight against your ambitions, try to drag you down.” Kosman went on to encourage his classmates to fight back.

“Never let the uncomfortable brush off your ambitions as just too radical,” Sean continued. “It’s not the moderates that drive progress forward, but the radical who bring about real change.”

The final ceremonial speaker, Sarah Garcia Temple, recognized the class of 2019 for their potential post VRHS. “Don’t look back,” she said. “This means that you can’t get stuck in who you have been, acting out of those stereotypical roles created and personified in hopes of finding a tribe, but you can reinvent yourself to be someone better.” Temple continued and explained to the graduates they have the ability to write their own stories and be their own heroes by pursuing what they truly love.

“Keep that fire burning in you, and I promise you, the light will become a beacon to others,” Temple shared. “The match has been struck. Now it’s up to you to provide the fuel to blaze a new path to a better world.” 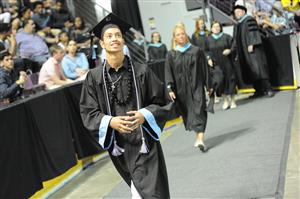 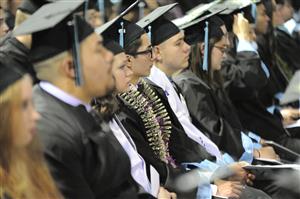 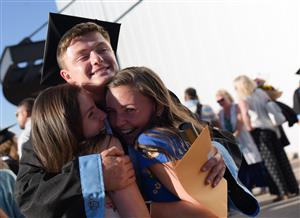