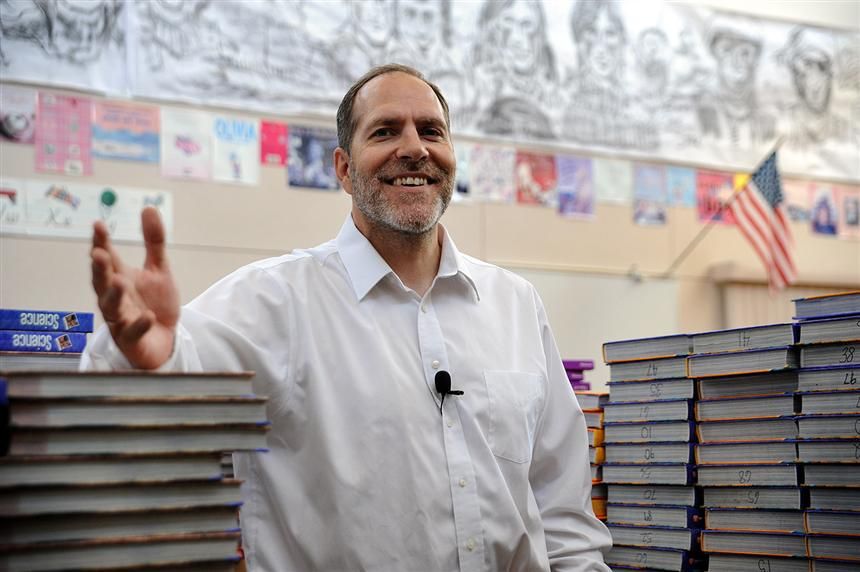 Peter Hilts began serving as the Chief Education Officer in July of 2013 after ten years in significant leadership roles at The Classical Academy in Colorado Springs. As a senior leader in Colorado’s school choice movement, Mr. Hilts presents often on a wide range of innovation topics. Peter specializes in facilitating major initiatives such as innovation initiatives, organizational reform and strategic planning for schools and districts. Believing that high-performing teams are the engines of innovation and productivity, Peter's focus is on modeling and fostering stellar team leadership, transformational facilitation and inspirational communication of the team’s progress.

Peter and his wife Tracy have raised six children in school systems around Minnesota and Colorado, so they have direct experience of the importance of public education. With a combination of birth and adopted children who are scholars, performers, gifted and challenged in all sorts of ways, he is personally motivated to help District 49 unleash the potential of every student.

Peter has trained and presented across the hemisphere and around the country for clients as diverse as the U.S. Department of State, the Colorado Association of School Executives, the publishing group of Lexis-Nexis and the National Education Computing Conference. He completed his undergraduate degree at Biola University, his MA in Teacher Education at St. Thomas University, and his Administrator licensure through the University of Phoenix.