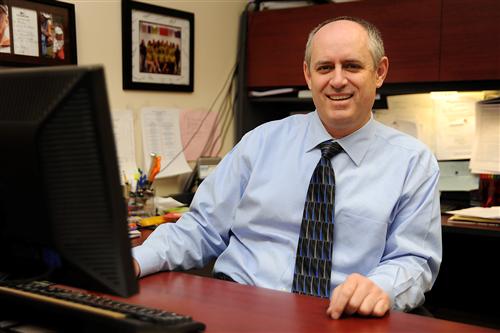 Brett Ridgway has more than 20 years of experience in accounting and finance. Fifteen of those years came from experience in the private sector, in banking (with Bank One & J.P. Morgan Chase) and financial services (The Dun & Bradstreet Corporation), travelling around United States and abroad, working throughout Europe during that time. Among his accomplishments was the design and roll-out of one of the first paperless audit systems and processes in the United States, for which he received The Dun & Bradstreet Corporation’s Customer Focus Award in 1993. Brett received his certified public accountant license in 1994 and transitioned into banking where he designed and maintained several statistical modelling systems to predict the financial results for more than $100 billion in loan portfolio balances. Many of these systems remained in use long after Ridgway had departed for other assignments.

In 2007, Ridgway transitioned to education finance. He has served School District 49, for the last five years. At District 49, he leads one of the most financially healthy school districts in Colorado, according to the recently released “Fiscal Health Analysis of Colorado School Districts” report produced by the Office of the State Auditor, despite District 49’s status as a floor funded, high growth school district without any operational mill levy override funds. Ridgway has served on the board of directors for Colotrust, the leading Liquid Government Investment Pool in Colorado since 2010.

Ridgway and District 49 have been leaders in financial transparency. The District 49 financial transparency web page includes a large amount of information useful in understanding the size and complexity of this operation. Similarly, Ridgway is viewed as a valued and trusted resource for any financial-related discussion regarding public education in Colorado. He routinely analyzes information and potential changes to education finance and provides that guidance to other districts so that they can make well-informed decisions on proposed or pending legislation. Ridgway regularly speaks and interacts with legislators at the state capitol, who value his insight and sophisticated approach to education finance.

Ridgway grew up in rural Arizona and attended the University of Arizona in Tucson, graduating with degrees in accounting and finance. His collegiate tenure included a full semester internship in 1989, with the Arizona House of Representatives as an assistant committee analyst. Ridgway has been married to his wife, Annette, for more than 20 years. They have three children: Laura, Julia and Brian. Ridgway is an accomplished golfer and became a golf club professional after receiving his PGA apprentice card in 2005. After years in the desert, he thoroughly enjoys Colorado and serving in his role for District 49.