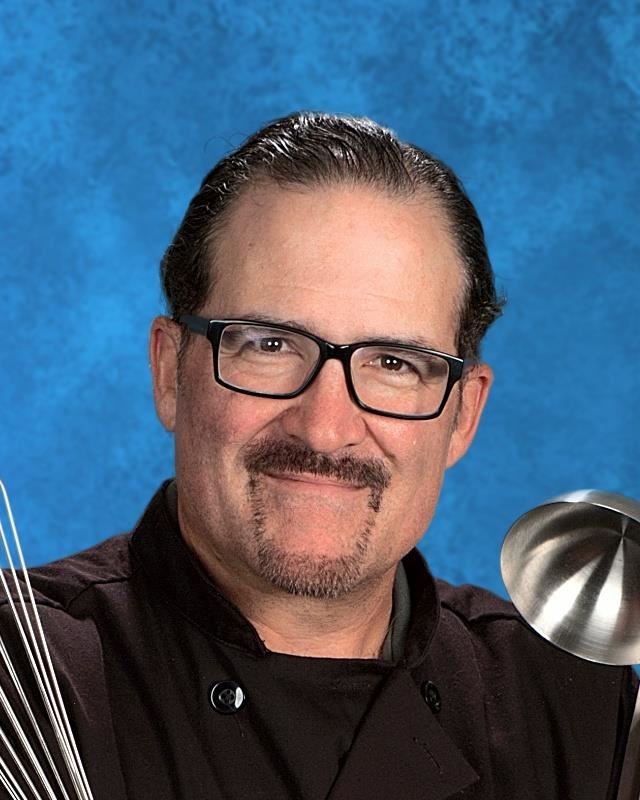 "Four out of three people have trouble with fractions."

And I used to be one of them. I am married to the most awesomest chick named Holly, and have the most awesomest little girl named Lily. Holly is a Sped teacher at Meridian Ranch Elementary, and Lily is a proud 8th grader at Falcon Middle School.

I began my work in schools as a custodian and Building Services Supervisor for San Diego City Schools ("That clock is 15 minutes fast"), and after a barrage of prodding from the teachers I worked with, chose to pursue a career in education. I spent one year teaching in the San Diego County Juvenile Detention system, and six years teaching math and GENESIS at Garfield Alternative High School in San Diego.

Upon the birth of our daughter, my wife and I made the decision to relocate and chose Falcon as an ideal location. We love the seasons, the mountains, and all the beauty Southern Colorado has to offer. I am an avid golfer, gourmet cook, and play the drums. While in So Cal, I spent ten years with an instrumental surf band called Surf Report. We recorded four CD's, which still sell around the world to this day, toured Cali, gigged regularly, and shared the stage with some big time artists.

I am a graduate of Palmer Night School, an alternative school right here in Colorado Springs, and am blessed to consider myself a part of PHS. I believe all students have the ability to learn and stretch their wisdom beyond their imaginations. I was told that attending an alternative school would nix my chances of going to college. One of my greatest accomplishments in life was proving them wrong.

I attended the University of Redlands in southern California and earned my Bachelor's of Science in Business Administration and Management, with a minor in Mathematics. I later enrolled in Chapman University, also in southern California, where I earned my secondary teaching licenses in both Business and Mathematics. I later earned a Master of Arts in Teaching at the same institution.